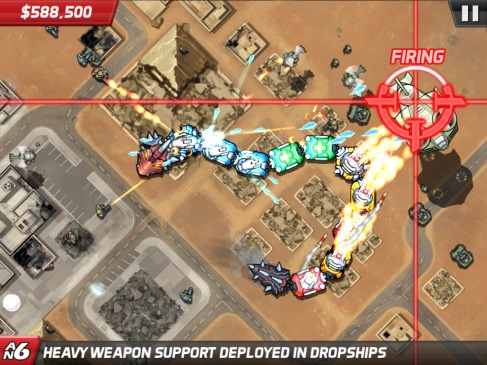 So, yes, there is a well-turned-out news anchor in this news report. In fact, said news presenter hits General Moustache – gun fetishist and leader of the force against Colossatron -with some facts about the robot’s resilience.